The Amiga version of Final Fight contains code for an alternative end sequence that was to have been displayed when the game was completed using the built-in "SHERIFF FATMAN" cheat mode.

Programmer Richard Aplin vaguely recalls removing this alternative end-sequence at the last minute, figuring that it would be seen and printed in magazines and that it was a little bit risque for the time.

The game tests for a specific value in memory, and where you would expect to see a "branch if not equal" instruction, a "branch always" instruction has been substituted, and the extra screens never appear. By nop'ing out the branch instruction, the alternative screens appear: 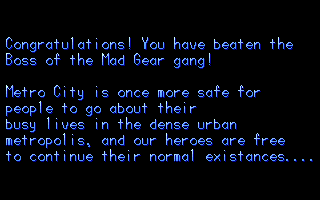 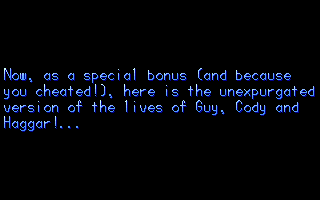 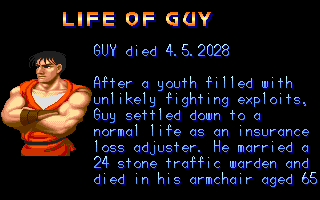 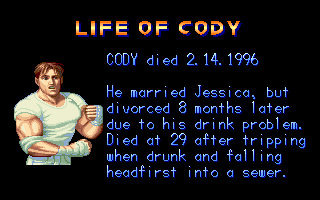 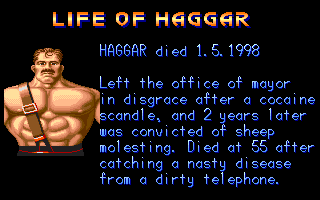 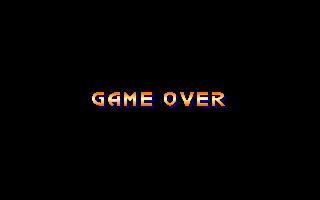 A recording of the end sequence as it was originally intended:

Congratulations! You have beaten the Boss of the Mad Gear gang!

Metro City is once more safe for people to go about their busy lives in the dense urban metropolis, and our heroes are free to continue their normal existances....

Now, as a special bonus (and because you cheated!), here is the unexpurgated version of the lives of Guy, Cody and Haggar!...

LIFE OF GUY
GUY died 4.5.2028
After a youth filled with unlikely fighting exploits, Guy settled down to a normal life as an insurance loss-adjuster. He married a 24-stone traffic warden and died in his armchair aged 65

LIFE OF CODY
CODY died 2.14.1996
He married Jessica, but divorced 8 months later due to his drink problem. Died at 29 after tripping when drunk and falling headfirst into a sewer.

LIFE OF HAGGAR
HAGGAR died 1.5.1998
Left the office of mayor in disgrace after a cocaine scandle, and 2 years later was convicted of sheep-molesting. Died at 55 after catching a nasty disease from a dirty telephone.

Following up his amusing startup-sequence for Line of Fire, Richard Aplin went one step further with this brilliant effort for the game Final Fight!

Sensible Software added a secret message to the end sequence of Cannon Fodder, and a second to the publisher logo.

Activate the 'Oh Fuck' death sound effect when you die near the end of a level in Jeff Minter's Amiga version of Llamatron by swearing in the high score table!