An interview with Keith Watterson

Keith Watterson worked at Red Rat Software, working on the Amiga and Atari ST versions of the superb puzzle game Pushover that was published by Ocean.

Firstly can you tell me what was your first computer and how old were you when you got it?

It was the Tandy TRS80, when I asked my bank for a loan to buy the computer, the bank manager asked me "Where was I going to put it". His only contact with computers was main frames.

What programming languages have you learnt and in what order?

Played with most of the modern languages, but 1st port of call is Delphi. 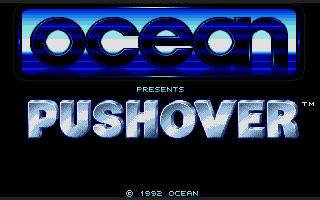 Who came up with the idea for Push Over? (It is such a departure from a typical Ocean game that it's hard to believe Ocean thought of it!)

The only part of the game that looks like an Ocean product is the animated intro. Were Ocean responsible for that or that was also done by the Red Rat team?

How did the Quavers sponsorship come into the game? Was it built in from the start or the game adapted later?

It came late in the process, so that's why it looks gludged in.

Did you have any restrictions imposed due to the licence?

I have no idea about the licence with Quavers as this was to do with Ocean Software.

How long did Pushover take to write?

I seem to remember it was about a year to 18 months. 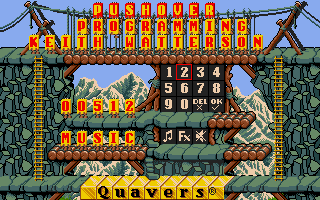 What editor did you use to construct the levels?

We wrote our own editor, which used the same functions of game play that was used in the game, that way we could test the levels at design time.

BTW the solution was stored as part of the puzzle, that means the was a cheat, simply type BOWIE at the selection screen and the ant played the puzzle for you ;-)

The BOWIE cheat doesn't seem to always work - I think due to the slowdowns when a lot of the ants are moving the letters for the intro into place and it isn't responding to the keyboard in time. From what I can tell, you have to place the cursor over the OK button after typing in the level code you want completed and then if you type BOWIE followed by Enter at the correct speed, it'll complete the stage for you.

Yes that's about it, also not all levels work. Some levels that relied on timing sometimes didn't work and some data in the puzzle was corrupted, so they did not work either.

I know this because as an exercise for myself I wrote Pushover for my iPhone and wanted the cheat to work on all levels.

What happened, when a person created a puzzle they would hit record and the keyboard or joystick moves were recorded, so not artificial intelligence just simple human input.

Did you decide on all the different domino types before any code was started, or were more types added during development of the game?

As I recall most of the domino types where decided early on, but one or two may have been added later.

You wrote the Amiga specific parts of the game. Were they in C, or assembler or a combo? What compiler/assembler did you use?

I wrote the specific Amiga and ST parts mainly in assembly, as they where hardware specific parts, sprite drawing, input controls and sound.

The core game play was done in C which were identical to all three versions.

What development system did you use, and the rest of the team for that matter!

I think it was DevPac for the Assembly and Lattice C with quick and dirty utilities done with GFA BASIC.

Which was the lead version of the game?

None really as all three versions were written together.

Did you work on the core C engine of the game or just the Amiga/ST versions? If you also worked on the core, how did the three of you (Dave, Helen and you) work on the same code together at the same time?

Helen wrote mainly the Ant stuff (C) and PC specific parts (Assembly), Dave wrote mainly the Domino parts (C). I tended to applications that created the data the way we needed and keeping the Amiga/ST up to date with the PC version.

What part of the game was the most challenging to write?

Telling Helen NOT to call the hardware directly, but to use the functions and variables that Dave and myself decided, that way we could keep in sync (for Helen A0000).

OH YES, I still work with Helen and it is still a private joke. The screen hardware address is $A0000 and she used it as an offset to write to the screen directly.

When I got home and tried to compile the project nearly every night I would have to correct that part of the code and pass the corrections back. Guess what? The Amiga's screen wasn't there, neither was the ST's ;-)

How about the most fun part of the project?

I personally liked the cheat we NEVER told anyone about, especially when the testers at Ocean said a certain level was impossible, so I used it, and all they wanted to know, "how did you do that?"

Are there any technical tricks in the game you are especially proud of?

The fact that we decided to write the core in C, which at the time, people said you can't wrote a game in 'C', it produced code that runs too slow. Well we needed to put delay loops in the game else it ran way too fast.

Who designed all the levels? 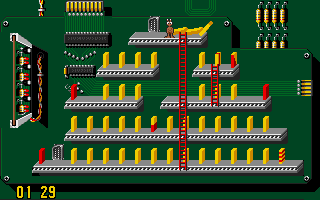 Did you have to alter the code to create levels after someone would come up with a new trick to complete any of them?

No, but some puzzles were created after Helen saw something happen that was unexpected. These are the hard ones Helen created. What comes to mind is the ones that use floater and an exploder releases it after it gets stuck under a platform.

When Lemmings came out the designers said the first levels they created ended up being the mayhem (difficult levels) and they had to go back and ease the player in with easy puzzles to start. Was that the same with Push Over?

We decided that the first 10 puzzles were needed to teach how the dominos behaved.

Have you got any idea about sales figures for the game? Was it considered a success?

I have no idea how many were sold as I left Red Rat after Pushover was completed.

Did you get royalties or was it a lump sum to complete the game for Ocean?

No I was paid weekly while working at Red Rat.

On the credits screen, one of the people mentioned is Mike West. Is that actually supposed to be Mick West, another programmer that worked at Ocean? If it is Mick West, how did you know him and what did he do on the game (if anything)?

The only name I remember was Gary Bracey who was the product manager at Ocean, and the sound guys Keith Tinman, Dean Evans and Jonathan Dunn. The other people from Ocean who were credited I have no idea what they did.

Do you still have the game?

Yes! Attached is a picture of the box I bought on eBay for £30, well it was for the Amiga 600 really, but I was just interested in the box. I think one of the reasons Pushover was bundled with the 600 was that it played nice with the OS. If you ran it from the Workbench when you finished it came back to the Workbench. Most games at the time did not use the OS, they just talked to the hardware directly. 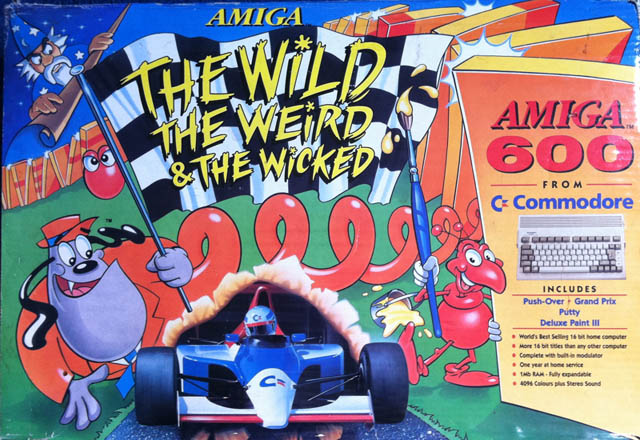 You also worked on 2 other games, International Soccer Challenge and Wild Wheels. How did that come about?

I was contacted by Red Rat when they needed some help with International Soccer Challenge and ended up doing the port to Amiga from the ST version written by Simon Elwood. I think it was totally 68000 code without any C. Then Wild Wheels was very similar but instead of footballers it was cars.

Finally, is there anything else you'd like to mention?

Just noticed that you interviewed Rob Northen, yes we did use his copylock and ProPack in Pushover. In fact ProPack needed an encryption code to pack with, and I used "1984" and Bowie track, see a pattern here?! ;-)

I contacted him a while ago to see if he still had the UnPacker as I wanted to use the released puzzles in my iPhone and not bits I had around my house.

Thank you very much for your time Keith!