An interview with Marc Djan 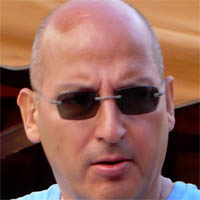 Ocean France created some of the most polished coin-op conversions for the Amiga. Marc Djan was the head of Ocean France, and kindly answers some questions about the company.

Who started the company?

Was it an existing group of people that became Ocean France or was it a totally new team?

I setup Ocean France from scratch. The object was to code all the Ocean 16-bit projects.

Did Ocean UK own Ocean France, or just a share of it?

What year was Ocean France setup?

What was the first game Ocean France worked on? From publishing years it appears to be Operation Wolf, is that correct?

In an interview in Zero issue 19, it was stated that you got to choose which games you were going to convert. How exactly did that side of things work?

At the very start we began with Operation Wolf and Dragon Ninja conversions, but every time a project was finished it took a long time to get new projects. So I decided myself to check for good coin-op games that would be great to convert and then tell David Ward to secure the rights. 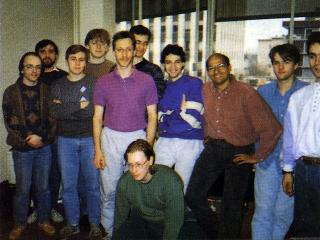 Most of the time we even started to code before we had the rights, but I was only choosing coin-ops where I knew Ocean had a good relationship with the manufacturer. We also created some games based on other coin-ops such as Beach Volley or free licenses such as Ivanhoe.

Converting the games without any rights sounds extremely difficult as you would have had no support from the original manufacturer. Did you video the games or buy a coin-op cabinet to try and convert them?

I was in contact with the French importer and I was buying them.

Ocean France worked on some very polished games that were never released. Can you tell me a little about those?

In 1990-1991 I decided to go for some coin-ops from Taito like Liquid Kids etc... but Ocean UK were never been able to get the rights for those.

At the same time there was change in the Ocean games distribution in France so I transformed Ocean development to Marketing and Sales that I was managing too. That was the first M&S video subsidiary.

I offered the job of marketing manager to a old friend of mine, Michael Sportouch who today is number 2 at Activision UK.

Does that mean that around 1991 Ocean France effectively stopped programming games and was just a marketing/sales department?

Yes except for external developments as Mr Nutz . 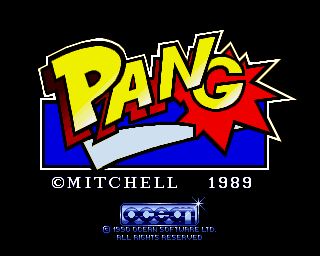 Who allocated the games to convert? eg. How did Pierre Adane end up converting Pang, Snow Bros etc?

Pierre Adane was a programmer I hired as well as Philippe Dessoly (Golgoth71) graphic artist. They are great professionals and have worked or been partners with me for a very long time.

I chose Pang and Snow Bros myself.

Then it was Mario Bros time and I wanted a character for Ocean so I decided to launch Mister Nutz but this was after 1991.

There's 4 quite famous unreleased games from Ocean France. Can you give me any details about the following Amiga games:

I can't remember why WEC Le Mans was never released, but for the 3 others David Ward and John Wood were not able to secure the licenses for them.

It's a shame as they were fantastic conversions.

Do you recall how complete Hammerin' Harry was? (The only article I can find about the game was a preview in Zero issue 19 from May 1991 where it was stated as due for a Xmas release). Who worked on the game and is there any chance any of it remains with the programmer or graphic artist?

It was an Irem game - I cannot really remember but I believe we finished it but perhaps Ocean didn't get the rights.

Do you have any details about Teddy Bear coded by David Peres?

David was an Ocean France Programmer. 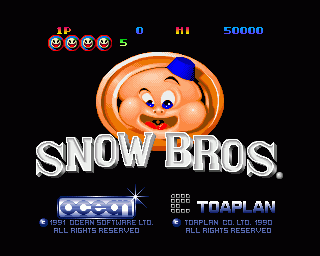 I don't believe we worked on this game.

Which game do you think was the best one that came out from Ocean France?

Do you have any idea about sales figures for all the Ocean France games? Which one(s) sold the most?

Difficult to say but we had huge success. Mr Nutz was sold out in few days. Operation Wolf was nominated as the best conversion of the year by every award. Perhaps Dragon Ninja.

Was there much (or any) thought about copy protection when developing the games? (A few early ones used Rob Northen's routines, Pierre Adane's seemed to use a custom disk format and checksums in the code to prevent tampering)

Yes we had our own protection system. 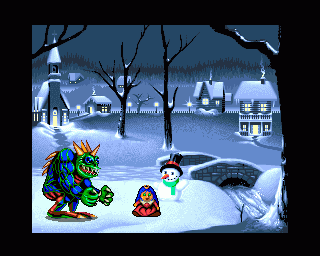 Ocean France seemed to take great pride in making really slick games with beautiful graphics and adding extra stuff that wasn't even in the original. eg. Snow Bros has a beautiful intro that's not in the coin-op, Beach Volley had the lovely intro with speech, Pang has the big animated scroller at the very start if you leave the demo running etc.

I am an architect coming from the French Beaux Arts school of Paris and games had to be playable and beautiful. I was surely one of the first who used cartoon animator artists.

I notice you are credited as Director in a lot of the Ocean France games, but also a gfx artist. Which did you do more of? And as a director what exactly did that involve?

I was artist, producer, director (like in movies), art director and GM of the company.

Thank you for your time!

Issue 19 of Zero featured a 3 page "under wraps" feature about Ocean France, including some great development screenshots. Click each image for a larger version. 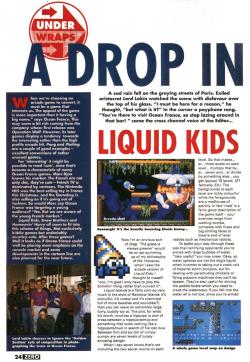 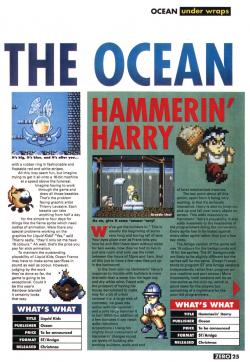 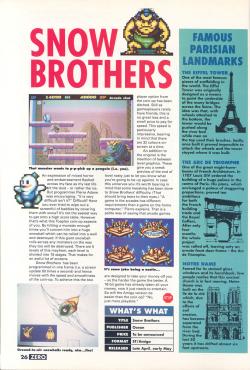 Research has turned up a rather different picture of the status of the Amiga game than Marc recalls:

In August 2003, an English Amiga Board member called The Wolf tracked down the developers of Liquid Kids and arranged for it to finally be released. The game is a little rough in places (the English language in the game is very amusing - who could forget the classic "Congratulation! You've buying this game. It's a good choice!" message at the start!) and there are a number of bugs, but overall it's a nice little game.

The big find was from another English Amiga Board member known as Dlfrsilver who managed to track down the full game Snow Bros - one of the most slick arcade conversions ever seen on the Amiga. It was a travesty not to have been released in 1991 when it was finished. Pierre Adane did incredible programming with fantastic graphics by Philippe Dessoly, Lionel Dessoly and Christophe Soeur. Thankfully both games have been saved from oblivion!