At last! Since April of last year (two editors back!) Martin Walker has kept us enthralled with his diary, day by day detailing his life, his leisure activities and how often he changes his socks. In the odd hour or two aside from writing the many volumes of the diary Martin has also produced his next opus, Citadel. And lo and behold here it is!

Man has colonised much of the the universe in the centuries since leaving mother Earth. But even in this age of advanced technology, a great many things remain a total mystery. One such enigma is that of the barren world far out on the outer rim of civilisation. Probe exploration has revealed a massive underground complex of deserted rooms, corridors and passageways. Deserted that is except for probe-destroying robotic defences. Whoever built the city forgot to switch off the defences, or maybe they didn't...

Following the probe's destruction, a remote Monitor Mk IV armed vehicle is beamed down to the surface with orders to reach the heart of the complex and learn all the alien secrets within. The Monitor starts its exploration in the first of eight cities, each city consisting of two levels interconnected by lift shafts, and fiercely guarded by robots and floor guns.

In theory, Monitor can wander the corridors in complete safety if it doesn't get too near traps where robots lurk. Stray within two spaces of one and it'll open to reveal any one of six types of mobile guard or four types of increasingly smart static guns. Protecting long-gone masters, the defences still perform their function with total efficiency.

The long term objective is to reach the heart of the complex, something which will take a lot of puzzling over seemingly impassible defences. A laser bolt will usually do just fine on the guns but often traps contain a never ending stream of mobile guards — best to use discretion and sneak past, especially it it's a Destroyer or Homer looking for targets.

Monitor has a special capture probe built into its hardware. By activating it, Monitor can use switches and pick up weapons. Most importantly however, It can be used to capture enemy robots (although this costs energy). Once caught, the hostage robot can be put into any of eight positions around Monitor to serve as a shield and battering ram — the stronger the robot to begin with, the longer it will last before being destroyed. The robot can also be fixed in a set position to pass trickier obstacles.

If Monitor gets within two spaces of a trap and it hasn't opened then Monitor's luck is in. The trap' is either a switch (used to turn off forcefields barring the way to other areas of the city), a weapon pod (one of four increasingly powerful types), or an energy recharge pod (like gold dust on the later levels — few and far between but priceless when found). Collected weapons will eventually run out of power so make careful use of them.

Our metallic friend also has a finite energy level which can be reduced by contact with laser bolts, homing missiles or suicidal robots. Total destruction results in another Monitor (one of six) being beamed down to the last lift shaft used. A new droid is earned every 10,000 points. 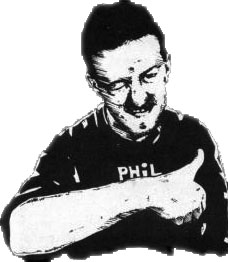 Citadel is one of the most absorbing games I've played in ages. Far from being the fast shoot-'em-up most people expected, it is an original mixture of strategy and arcade action, with the emphasis on the former. Simply charging around trying to blast everything in sight triggers more traps than can be handled. If you want to avoid an early grave you must plan your attack, then charge around blasting everything while following a plan. The eight levels present a big challenge, but even when you've just died after spending ages getting somewhere, there's something which draws you back. Beautifully presented with an excellent soundtrack, Citadel is a great original game — a classic not to be missed. 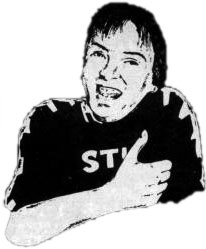 Well, we've waited a long time for Citadel and it's something of a relief to be able to report Martin Walker has used all that time to excellent effect. On first sight what comes to mind is Paradroid which also has an overhead view of robot warfare, but Citadel plays a lot differently. While shoot-'em-up reflexes are vital, the real heart of the game is thinking ahead and — most importantly — not panicking! The background graphics are above-average, but what really shines (literally) are the enemies. The one I like best has a sort of strobe effect inside it — superb! This is an excellent game, and if you're prepared to persist for the hour or so it needs to fully get the hang of, then you're in for a real treat. 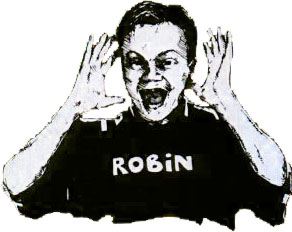 Alright, so it hasn't got the pure, non-stop action of Armalyte, or the unadulterated puzzles of Tetris, but what it does have is a superb mix of the two different game-styles. Presentation throughout is very slick indeed and the graphics, in particular, are faultless, chrome-like shading and look amazing when closely examined. Each city has not only its own unique look but a marvellous background 'hum' as well (listen out for the pumps in the Second City). A first class and brain-bending shoot-'em-up.

Each city has its own type of highly atmospheric 'hum' accompanied with above-average tunelets. The pounding title tune is brilliant too.

First attempts will be met with utter confusion but the method of play is quickly mastered and easy to use.

Eight cities increasing dramatically in difficulty with the random traps to pose a REAL challenge even if you complete the game.

It's been a long time in the making but Martin Walker's come up with the goods in fine style. An excellent cross-breed of shoot-'em-up and puzzle action.