Morpheus features 50 sub-universes, or Aithers, each consisting of a central Nucleus surrounded by 32 Orbitals. The objective is to enter each Aither in a large spacecraft and shoot enough Orbitals to force the Nucleus to shut down. Just before the Nucleus dies, it spits out triangular Morphi which are destroyed for bonus points and money. The ultimate goal is to destroy the Morpheus on level 50.

The mission begins with the ship docked at base, where a new hull may be purchased, or systems and weapons commissioned, scrapped or installed. Initially, the ship has no room for extra weapons and can accommodate only one extra system.

New weapons, hulls and systems are bought using the money amassed from killing Aithers, Morphii and aliens. Hulls are instantly accessible, but weapons and systems have to be ordered - forcing a craft into the fray while it’s being built! Throughout the game, new systems and weapons are included into the inventory ‘as they are developed’. The purchase of certain weapons is vital if the mission is to succeed. Others, however, are superficial - it’s a case of working out what’s best by trial and error.

Selecting the ‘Deploy Ship’ option and pressing the fire button launches the basic ship into the first Aither. The ship flies in any direction, with a parallax starfield showing movement. Above the main scrolling window is a scanner showing the location of Orbitals and the Nucleus in relation to the craft. A decaying Orbital is killed by lining the craft up and letting rip with a series of well-placed laser blasts. The number of Orbitals that must decay or be destroyed before the Nucleus closes the entire Aither down starts at one and increases to a maximum of ten as progress is made.

Morpheus also has its own timescale - measured in Timeslices, which are about two minutes long - and while hanging around in an Aither waiting for Orbitals to die of their own accord is one way of progressing, it isn’t the route to success as no money is made.

As time progresses, aliens become more aggressive and shoot faster and more accurately. Adversaries also become more intelligent and immune to weapons, so you have to keep buying the latest equipment - back at base the manufacturing plant produces increasingly more sophisticated Items as game-time expires. Timeslice 50 marks the stage after which no further refinements in technology takes place, and after Timeslice 60 you can no longer buy new weapons or systems.

The disk version of Morpheus features an ‘All-Time Top Ten Greats’ table which saves itself to disk for posterity and general gloating. Cassette owners just have to make do with ‘Today’s Greatest’. 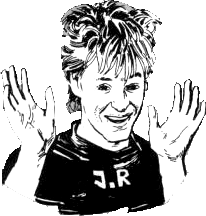 Fans of previous Braybrook games will be surprised by his latest program - it’s a complete departure from the fast blast arcade games he’s previously been associated with. All the usual Braybrook hallmarks are there though, including the superb presentation, graphics and sound, but Morpheus is far more involved than any of his other offerings, and requires an awful lot of forethought, planning and trial and error to progress. The gameplay is deceptively simple - fly into space, blast the required orbitals, head for the nucleus and collect the morphi before it shuts down. This starts off easy, but starts getting really tough around level ten. Morpheus is a truly outstanding program, but unless you’re really prepared to sit down and spend an awful lot of time working out which systems to buy at the right time you won’t get a lot of satisfaction from it. I’m sure that many will get a great amount of pleasure from Morpheus, but I do stress that you try it out before buying. 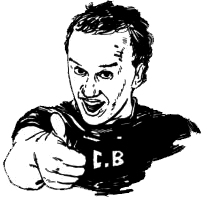 Mr Braybrook has put an awful lot of work Into his latest release - and it really shows. The care and attention which has been lavished on the superb graphics and atmospheric sound is matched only by the depth which has been instilled in the gameplay. In essence this is the game’s main attraction - a gameplay which involves more strategy than shooting, and should consequently be providing pleasure long after an average game has been left to gather dust on the shelf. Morpheus is a thinking man’s shoot ‘em up - do yourself a favour and buy it as soon as you can. 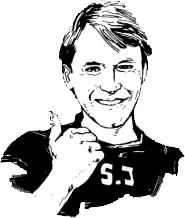 No-one could ever accuse Andrew Braybrook of complacency when putting a game together as Morpheus is without doubt one of the most finely constructed games ever written for the 64. Its graphic design and Implementation are flawless, (the use of colour is phenomenal) and the work lavished on the piece is obvious merely from sight. The gameplay, however, is another story completely. Morpheus is no simple blasting game, (though admittedly the destruction of alien species does play a major part of the scenario), and it would be wrong to infer that brilliant design is a precursor to brilliant gameplay simply by default. Morpheus is fun to play; it’s involved and should keep most people happy for a long time. But be warned - it’s not like any game you’ve played before. Do your best to try it out before committing your tenner.

Superlative throughout, with gorgeous use of colour and wildly imaginative sprites.

The concept is tricky to grasp, but with practice it all becomes clear.

Those willing to persevere have many months of exploration and experimentation ahead.

A superlative program which could inspire a whole new style of game.