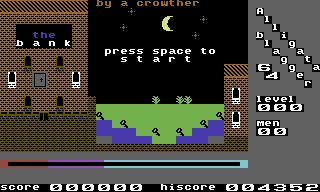 Things were much simpler back in 1983. C64 programmer Tony Crowther was knocking out a game in 2 weeks, then taking a 2 week break to think up his next title. His early games could get away without having to resort to any technical tricks, and Zzap magazine was more than a year away from being created!

Blagger, published by Alligata software, is an incredibly simple game:

C64 programmers in the late 80s and early 90s could only dream that they could knock up such a simple game and have it published. By that stage, games were expected to have loading screens with music playing, sprite multiplexing, often multi-load, and various technical tricks were employed to increase the amount of graphics and sound in each game.

Of the 48 sprites in Blagger, 16 are used for the main character (2 sets of 8 frames for each direction) and even then, 5 of them are blank and unused:

The enemy sprites vary in colour on each screen by simply setting the sprite colour. The safe was also made up with a single sprite so that it can sit over the scenery. Here's one of the later levels with the sprites highlighted: 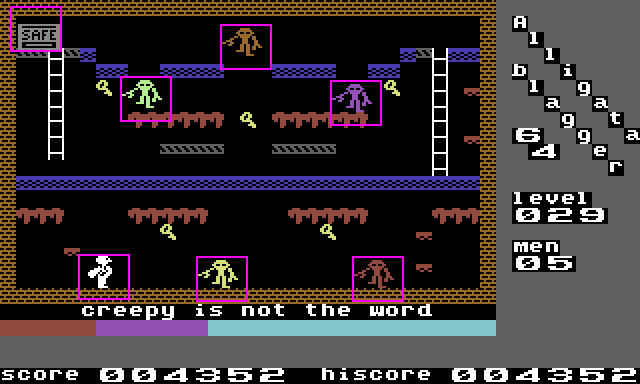 The tiles are equally simple, several are unused, and if you load the tileset into Maptapper and load a C64 savestate, you can extract all the levels very easily. All maps are stored in the most logical format, left to right, top to bottom:

There was so much unused memory in the game that even the level names were stored completely uncompressed as a 31x30 map: 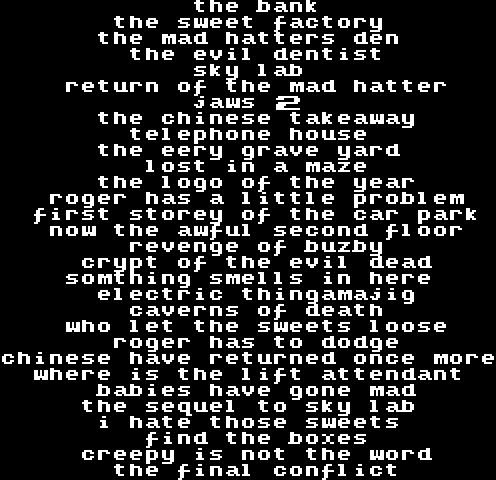 Each level is 31 tiles wide by 19 high, and there's a $fe byte between each that you have to skip. Here are all the levels in case somebody wants to create a remake: