While looking through the huge Xmas update to the Commodore 64 Games That Weren't site, I noticed an entry for Monster Maths and the name immediately sounded familiar. My brothers and I received a Commodore 64 for Xmas in 1984 and we were given a small selection of (mainly Alligata) games on cassette, and the shop owner had presumably convinced my parents to get some educational titles at the same time so that we would do our homework on it or something! (I imagine this educational idea was repeated in most other households). I was pretty sure one of the titles was Monster Maths, and from memory it looked like it was written in BASIC (or some compiled version) with perhaps a little bit of assembly language thrown in to speed it up in places.

I immediately viewed the entry and was surprised to see the status listed as having no download, and findability was rated 1 out of 5. A quick phone call to my parents and the cooler bag stash of C64 cassettes was collected and I had confirmation - I did indeed have this apparently very rare C64 title!

First up, here's what Frank Gasking had to say about Monster Maths on his site:

Our next entry is a title is potentially one that was actually released, but could be so obscure that it hasn’t yet been preserved.

Monster Maths was a title to be released on the Commodore 64 by a company called Shards in 1985, and was reviewed in Your Commodore Magazine issue 08, receiving a reasonable score overall.

It seems that either the company went bust before its release, or not many copies sold. The game did see release on the BBC Micro and Dragon 32, so what happened to the C64 edition?

I'm 99% sure that the title was released in 1984 not 1985, as I'm confident we received both "Fun to Learn" and "Monster Maths" on Xmas day 1984 (and never really had to endure any educational software after that!). The inlay for Monster Maths also shows (c) Shards 1984, and it seems likely to me that Your Commodore were very late when reviewing Monster Maths in the May 1985 issue on page 58.

Here's a scan of the inlay and cassette for Monster Maths: 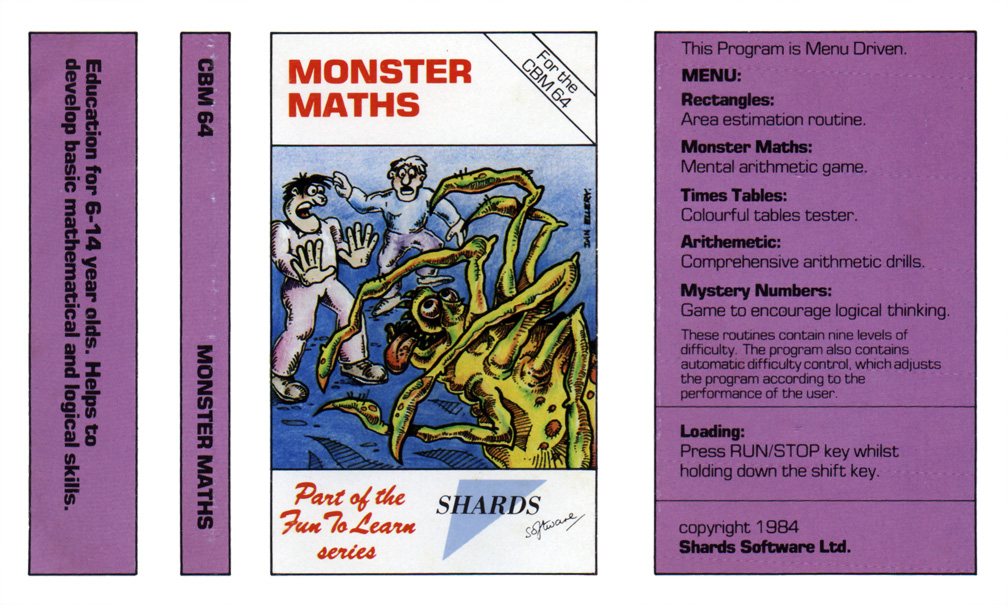 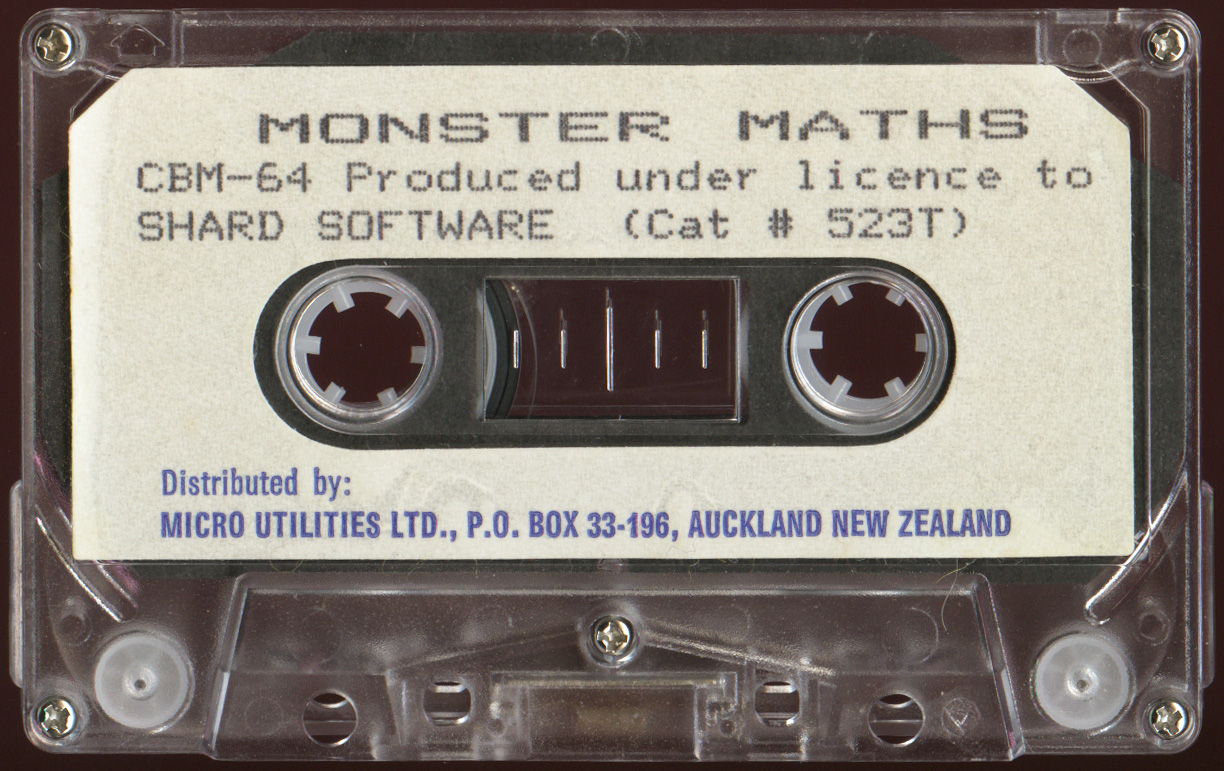 Also in the Fun to Learn series is another title called "Fun to Learn", and here's what that title looks like: 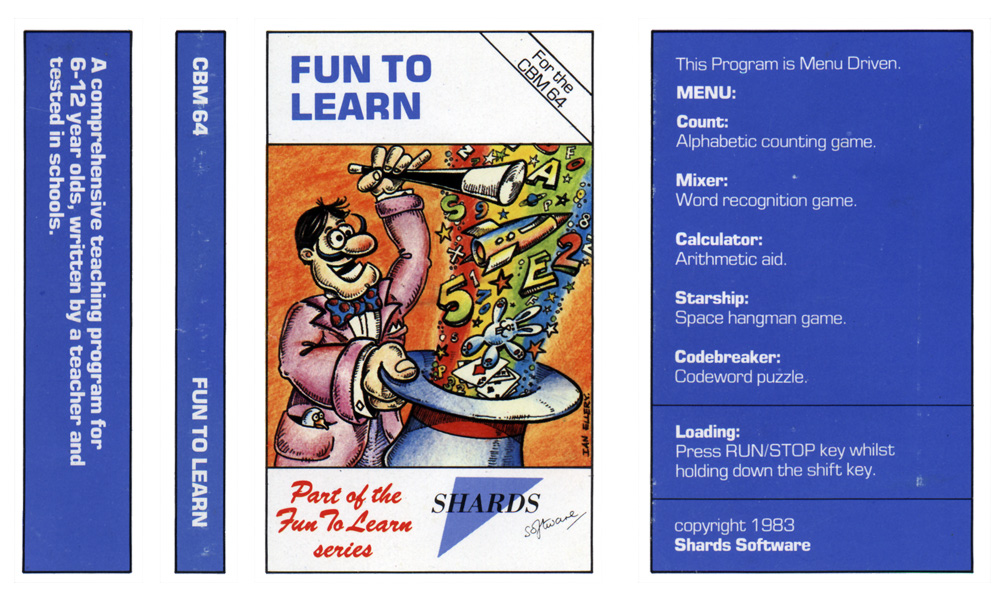 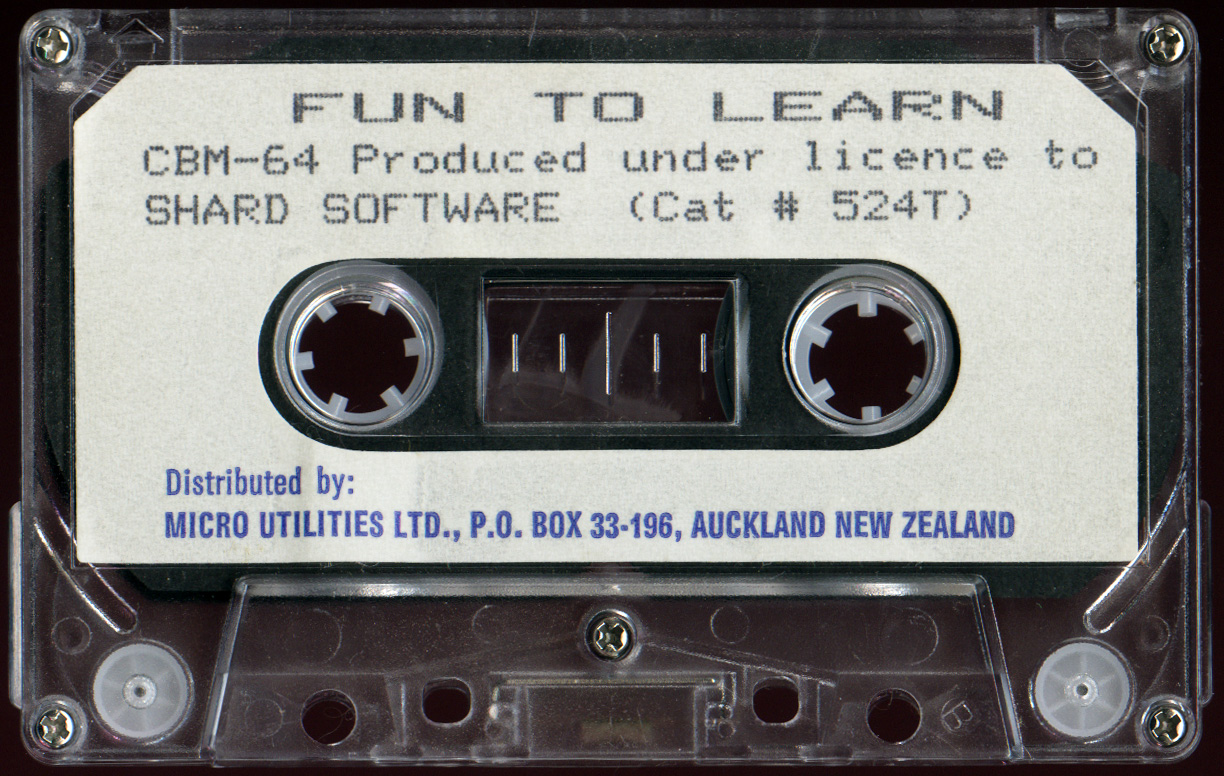 I will endeavour to locate a working cassette player that does not eat tapes and get these titles preserved. The tapes appear to be in good condition and have been stored safely, but they are 33 years old now so who knows. Watch this space...