Once again Sylvester Stallone flexes his beefy binary muscles — not as Rocky or Rambo, but as Cobra, a New York cop out to rid the streets of rapists, muggers and murderers. They are the disease. He is the cure...

Cobra's bosses have given him a special mission — to rescue top fashion model Ingrid Knutsen, who has been kidnapped by the Midnight Slasher and his notorious gang. Taking the role of Cobra, you have to advance through three different scenes to reach the derelict factory where the model is being held. The mission starts in the city as Cobra roams the streets in search of the famous clothes-horse.

The screen scrolls horizontally with the action. Members of the Night Slasher's gang appear from all sides of the screen and try to sap Cobra's energy, either by physical contact, shooting or knifing him. His energy is measured by a hamburger at the bottom of the screen which slowly dissolves — if it disappears, one of Cobra's four lives is lost. The top cop isn't helpless in these situations though — he can run, duck, jump, and climb ladders, or punch in retaliation. 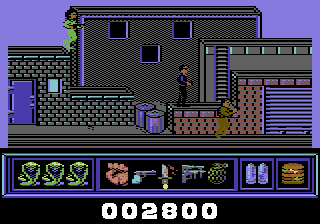 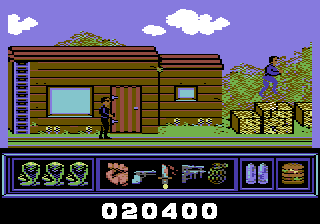 As Cobra wanders through the city he comes across knives, grenades, bullets and guns which he can pick up and use. Weapons are displayed in the status panel at the bottom of the screen and selected with the function keys.

When the girl is found she has to be taken to the safety of Cobra's car. Unfortunately, she decides to go for a burger... and gets her- self kidnapped by the gang again, forcing Cobra to rescue her (again). The action continues in a similar fashion as before, only the backdrop is a rural scene.

The final section takes place in the factory where Ingrid is begin held against her will. Cobra has to take on the whole gang — and the Night Slasher himself — in a final, deadly confrontation. If he kills them all the girl is rescued. Failure and... well, Stallone never fails — does he? 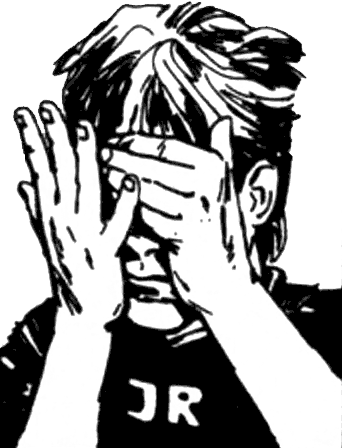 What's the point of spending a fortune on a film licence when you're going to produce something as totally boring, banal and dire as this? What a complete waste of time and money — why not spend time producing some really good original games? I suppose if the public bought glass hammers for a lot of money it would be good business sense to keep producing them. This particular glass hammer has totally awful graphics, several major bugs, average sound and no playability whatsoever. The title character is very difficult to control and doesn't respond to joystick movements quick enough. Avoid this at all costs. 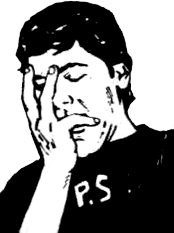 Ocean have made a complete hash of the Commodore version of Cobra. The graphics look as if they've been drawn by someone still at junior school. Basically Cobra is very boring and unimaginative, and I found it unplayable and hard to get in to. It features several old 'favourites', like bad character detection, characters that split in half, and lots of 'impossible' situations where you can't do anything but die. Trudging around the play area gets very dull very quickly, and isn't in the slightest bit addictive. Give it a miss. 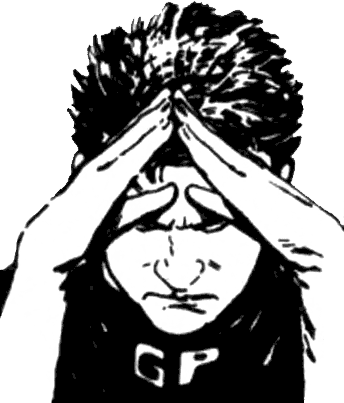 This is slow, tedious and frustratingly unplayable — mainly because Cobra (who doesn't even faintly resemble Sylvester Stallone) is sluggish and awkward to control, and the enemy is too fast and aggressive. The backdrops and sprites are crude and lack colour, and the music played during the game is an earsore. Cobra is unoriginal, shoddy, unprofessional and grossly overpriced. Forget it.

Poor in all aspects — but mainly in price.