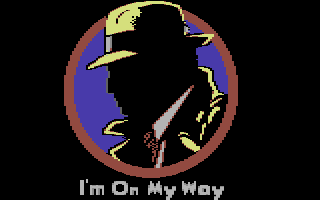 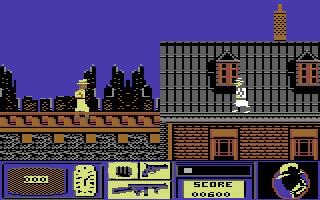 The computer game represents the bit in the film where Tracy's sweetheart, Tess Trueheart, has been kidnapped and Dick comes to the rescue. The action takes the form of a flickscreen shoot'em-up with five levels of a dozen or so screens each. Initially unarmed Tracy can pick up guns and grenades from hoods who he punches to the ground. As the game progresses the hoods get sneakier, sniping from windows and throwing petrol bombs from speeding cars. 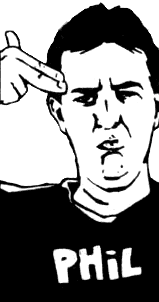 Look, I know this is meant to be a period piece, but did that have to extend to prehistoric programming?! It's not just bad, it's astonishingly bad. Both versions suffer from feature-length multiloads and pathetic gameplay: keep running along, shooting any baddies in your way. The Amiga game is ridiculously easy: even me end-of-level gangsters are total wimps — just shoot at them for a couple of seconds and they surrender! It also features an ear-wrenching soundtrack and primitive animation. On the C64 the backdrops are deadly dull and the sprites are so blocky it looks like the villains have already been set in concrete! 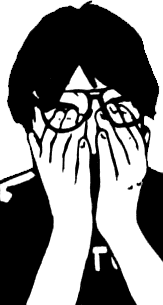 Tracy is an even worse game than film, with incredibly simplistic gameplay consisting simply of walking right and shooting the baddies. The execution of this idea is abominable with flickscreen scrolling on both versions and some very poor animation. The C64 suffers atrocious graphics, but all the Amiga's fancy presentation screens just mean its multiloading is almost as irritating as the C64. Warren should sue.

Lots of fancy presentation screens, but multiloading can get irritating when you die.

Reasonable sprites and backgrounds, but poor animation and flickscreen scrolling.

Dire FX and a poor tune.

Mediocre intro and poor multiloading, reloading level one if you die there. Two continue-plays.

More of the same repetitive action.