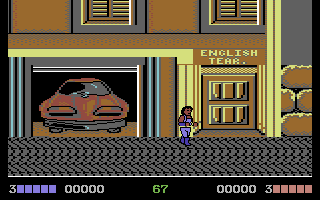 We bet you all went out and bought this, as well. Wait for the ZZAP! review next time!

What is the world coming to? What kind of life is it when a girl can't walk the streets without the threat of attack? Marian was just about to set off into town when the leader of the Black Warriors gang took a fancy to her and had her kidnapped. Boo hiss.

Billy Lee, Marian's boyfriend, and his brother saw them and decided to give chase. Unfortunately, the Shadow Boss has left hordes of his minions behind. Unless the brothers manage to overcome these baddies using their hands, feet and any other objects they pick up along the way, Marian is doomed. Boo hiss (again). 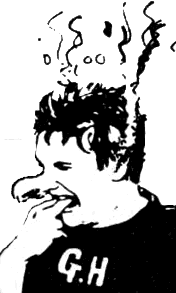 Looking at this I have to keep reminding myself that the standard of arcade conversions really is improving. Generally speaking, conversions are getting better — Double Dragon just isn't one of them. It's not even one of those really hard to convert coin-ops that you'd always find a bit disappointing on the 64. I mean, there are quite a few really fantastic beat'em-ups — Target Renegade and IK+, for example — so you can't blame the shortcomings of the conversion on the machine. Nobody's expecting the 64 version to be exactly like the coin-op (that would be stupid) — just a fair representation. With such primitive graphics, basic sound and a really tedious multiload, Melbourne House definitely haven't managed that. 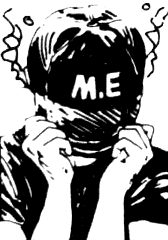 Double Dragon in the arcades is one my most favourite games, so I was naturally looking forward to a home conversion. It's a real pity that the 64 conversion is absolutely pathetic. I thought the point of a conversion was to put all the elements of the arcade original into the home version. Unfortunately, the programmers have left out quite a lot of things, such as the pit on level two where the enemies are supposed to fall, the large enemies that burst through walls and the dynamic knee-in-the-groin and shoulder-throw moves. Also to its detriment are appalling graphics (which glitch) and feeble sound. Oh — and it's a multiload. Aaaaaargh!

As soon as it starts, you think 'What the hell is this?'

Boring halfway through the first game.

One of the most disappointing arcade conversions ever.