Bug Byte certainly have some gall! They've freeze-framed the original multi-load disk version of Alice to tape, mastered it, and are now selling the result for three quid. This sounds fine, but there is a major drawback which isn't immediately apparent...

All runs well until the end of the first level is reached, whereupon the program tries to access the next level from disk. It doesn't realise the program has loaded from cassette, and tries again to access the non-existent disk. After a few seconds, the 64 gives up and resets itself in confusion. 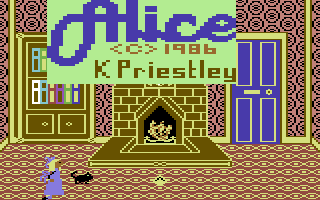 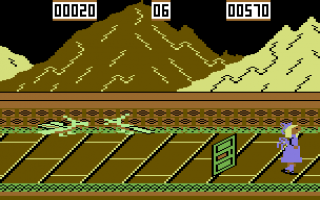 The first level is unbelievably simple — just guide Alice along a very badly drawn horizontally scrolling path, avoiding inept flying creatures until you reach the end. The occasional floating door causes trouble, but otherwise it's plain sailing for our cute heroine. Basically there's about four minutes of this tedious play on offer before the machine turns itself off — which thankfully saves us the bother.