Amiga » Diary of a Game » Update

Where are you Uridium 2?

Come on, come on — it's the moment you've all be waiting for, featuring the games you've all been waiting for! Simon Byron probes into the depths of the computer games industry and shouts out once again... Where are you... Uridium 2?

"Cheers all. this is AB signing off until the next time."

Sniffle. Boo-hoo. Pass the hankies. Just thinking about those poignant words that Andrew Braybrook chose to round off his nine-part, no-holds-barred Uridium 2 diary makes me want to weep (and I'm not scared to, being a 90s man and all that). But hang on a minute. Let's think about what he said just before he signed off. It's all full of damned lies designed to fool you, the viewing nation, into wetting your collective underwear in anticipation. All this "It won't be too long before the game is completed" business - rot! Tsch. You can't trust anyone these days. 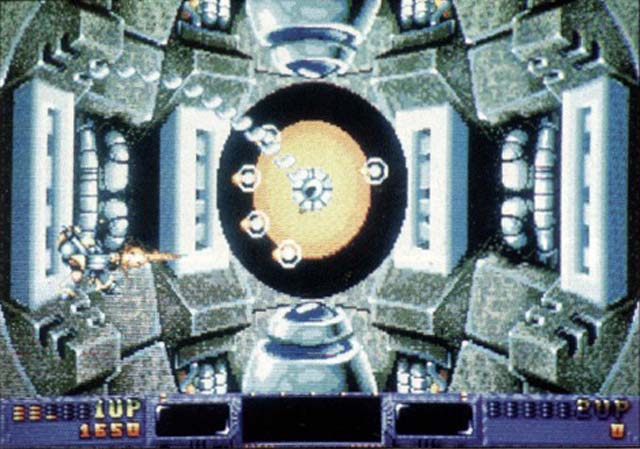 It turns out that things are just as bad for Andy — he'd spent the night before I'd called him propping up a bar close to home. "Part of my therapy," he said. What about us, then? It's okay for you, you get to see the game day in, day out. Tell us and tell us true — where is Uridium 2?

"Things are getting a little bit behind," he admits. "We realised a few months back that we weren't going to hit the May release date so Renegade took the decision to hold back until September, which bought me a little more time but things haven't been going to plan here."

So what's different since we last spoke, I mean, you last wrote? "Most of the background graphics have changed, mainly because they've been under constant development and things are continually evolving. I've got four graphic artists working on and off and they all keep coming up with different styles and arguing about what palette we should use — that sort of thing." It's obviously taken this amount of time for a particular reason. What's been the hardest part so far? "Just managing it all," he laughs. "It's frustrating when you don't do your own graphics any more and you’re at the mercy of other people. But then again it's also nice in some respects because I can concentrate solely on the programming and game design. Sometimes it's a case of knowing what I want to see but not being able to explain it without physically drawing it and if I could draw it then I wouldn't need graphic artists. 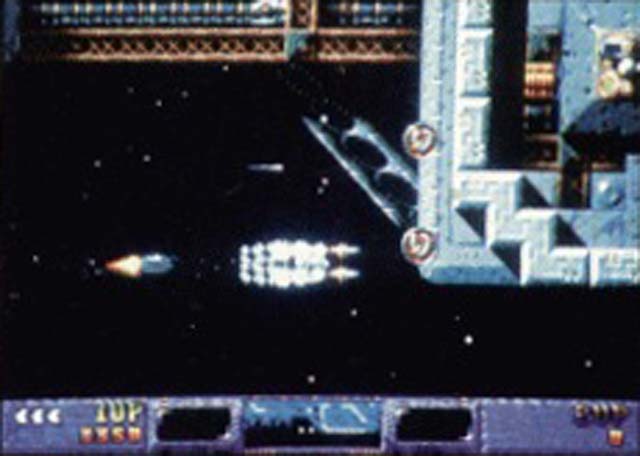 "We're spending a lot of time getting the playability just right. What we're finding is that we can't make it easy enough. Because we're so close to the game we don’t really have an idea how difficult or easy it is but we're getting messages back from people like the Bitmaps [name dropping, do you think?] who have been playing it and saying things like 'We can't get past this bit' and so on. It's actually very difficult to make things easy.

"We have cut down some of the firing rates on the early stages. A turret might stick its head up and sit there for a second saying 'Shoot me' rather than letting off a stream of bullets as it originally did. You've got to be a little bit gentle on the player because the game is much more free-flowing than something like R-Type which forces you through its levels at its own speed — in U2 you can basically go wherever you want whenever you want at whatever speed you want. 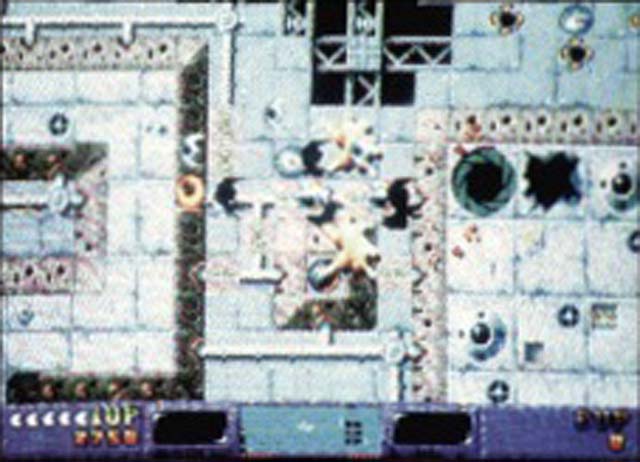 "Because there are no speed limits, you've got to ensure that the player doesn't become overwhelmed too early on — although if you do fly around at a breakneck speed then you're likely to end up a cropper."

How does this almost finished version compare to how Andy imagined the game would turn out when he began coding? Is it exactly the same? "Sort of. It doesn't look exactly how I imagined it. It's playing a lot better, mainly because we've made quite a few improvements to the control mode — in some ways it plays even better than the C64 version. It's taken a lot longer than I thought, though. We've had the basic bones up and running about nine months ago and it seems that very little has changed in that time apart from the graphics, but there have been little improvements going in all the time. I certainly haven't been sitting here twiddling my thumbs all day long." 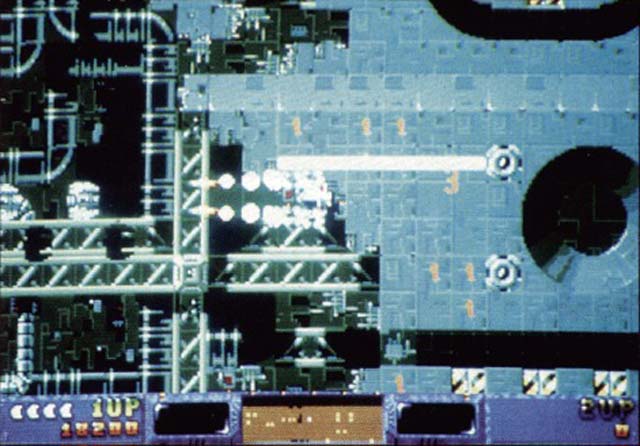 Okay then. When-oh-when will the game be finished? "That's the $64,000 question. We're redoing the speech and hopefully including two different types of sound effects — one for machines with at least 1Mb of chip memory and one for machines which haven't. That's a major problem — I keep running out of chip memory, but that's another story. Anyway, we're hoping to have all the data in and begin play-testing in the next two weeks. The game should be released in September."