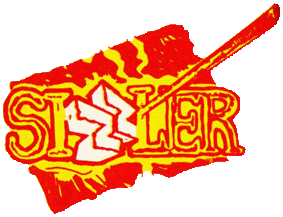 Iridis Alpha is a long way from anywhere, a good job really when you consider its turbulent social structure and the way physics as we know it ceases to behave as it should. Two races live on this hell-hole of hassle: the colourful but ultimately stupid Zzyaxians and the more intelligent and passive Gilbies.

The Zzyaxian race consists of many separate sub-cultures, ranging from the B0 Lyk Birds to the Bleurgh Faces, but all are united behind one cause — the destruction of the Gilby race and their home planet. The Gilbies, on the other hand, aren't so stupid and just wish that they could lead a peaceful existence. Unfortunately for them, the Zzyaxian threat is such that they've been forced to build powerful living war machines in the form of Gilby Robot Fighters (GRF) to take the Zzyaxians on at their own game.

The big problem is this: the Zzyaxians are stealing the energy generated by Iridis Alpha, a situation which could lead to the planet imploding if enough energy is taken. To remedy the situation, the Gilbies have adapted their war machines to retrieve the energy from the bodies of the Zzyaxians and inject it into the planet's core. This process of energy retrieval kills the Zzyaxian victim, but there are a huge amount of them so it doesn't really matter that much.

The Zzyaxians attack in separate waves, and when a wave is disposed of it doesn't return. There are twenty waves to each part of the planet and all these have to be destroyed before Iridis Alpha is considered saved. 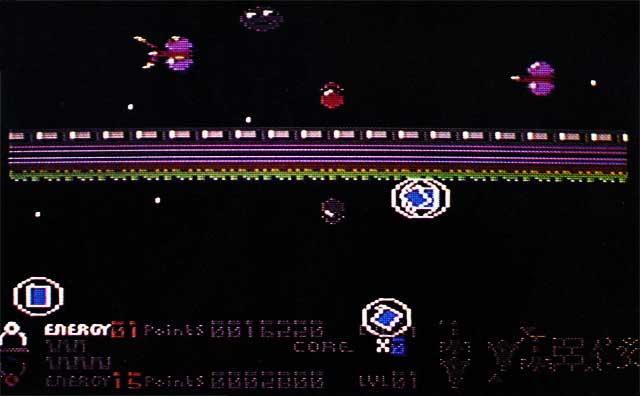 Now here comes the weird bit... Each Gilby inhabitant of Iridis has a doppleganger, yourself included, and this doppleganger lives on the underside of the planet (which just happens to be a mirror image of the surface). Only one doppleganger can be active at one time and this activity has to be switched between the two. The reason why the activity switch has to take place is because when one doppleganger is active, the passive one begins to decay — its entropy status is shown at the bottom of the screen as an icon which changes in colour. When the icon is black it means that the passive doppleganger is in a terminal condition and if the activity isn't switched between the two then both Gilbies will die. When the activity is switched, the entropy status is reset and the decay begins afresh. The game is nice and kind to the player and for the first three levels you don't have to worry about the entropy status, but after that the full entropy business comes into effect.

The Gilby Robot Fighter has two modes of operation — flying and stroll. Switching from one to the other is done by finding a piece of land and either landing if you're in flight mode or jumping into the air and keeping the fire button depressed if you're in stroll mode. In both modes you have the ability to fire which is essential to combat the threatening Zzyaxians which fly, bounce or roam about the planet. When a Zzyaxian is shot, its energy is transferred to the Gilby fighter and is displayed on a bar chart at the bottom of the screen. There are two of these bar charts, one for each of the dopplegangers. These increase as more and more Zzyaxians are disposed of, although if one crashes into Gilby then a certain amount of energy is lost.

The energy condition of Gilby is represented by it's colour — the lighter the colour the more energy it has on board. If it's white then the energy needs to be offloaded, done by flying over the 'Core Area' of the planet (a stretch of land), going into stroll mode and remaining motionless for a second or two. Gilby's energy level is very critical — it can only carry so much before it overloads, and too many collisions with Zzyaxians and a complete loss of energy have the same consequences. 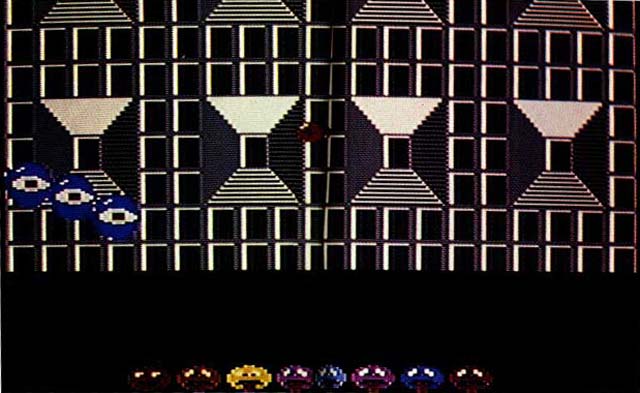 If you transfer enough energy back into the core, you're allowed to take part in a little bonus game in the form of the Gilby's favourite sport, point to point racing. Here you must race up a vertical scrolling screen as fast as you can. The quicker you get to the end of the course the more bonus points will be added to your 'bonus bounty' score total (which is added to your total score when your current game ends).

This process of dumping energy and partaking in the bonus games continues throughout the game. If you offload enough energy you're given the ability to warp to another section of Iridis Alpha. Each section of the planet has its own group of aliens and energy has to be deposited in the same way. A series of icons at the bottom of the screen show which planets can be warped to, and warping is achieved by flying through one of the 'warp gates' which appear along the planet surface.

Throughout the game you can call up a progress chart which shows how much energy has been deposited on each part of the planet by means of a series of bar charts. This progress chart also appears at regular intervals during the game when a certain number of aliens are cleared.

If the constant action tires you then you can relax by playing the pause mode game, Made In France, which is a nice and relaxing reflex game. There's also a pause mode for MIF, called DNA which goes into the same category as Psychedelia since it's a pleasant visual entertainment. 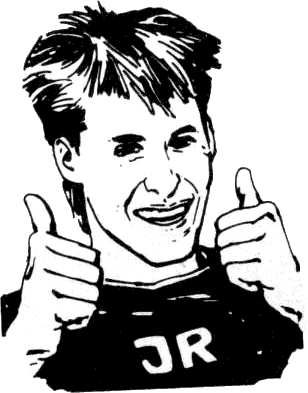 What we have here is the best shoot-'em-up on the 64. The speed at which everything takes place is astonishing, and when you first encounter the game it seems like you've got no chance of actually being able to control what's going on. On playing, however, it soon becomes apparent that you DO have complete control over what you do and it's incredibly easy to be come completely wrapped up in the game. The graphics are astounding and the Zzyaxian meanies are varied and numerous. Amongst my favourites are the Bleurgh Faces and the Star Gate refugees — but I haven't seen them all yet!

The sound effects are completely stunning and are about the best I've heard. The laser hitting home noise is brilliant, and just wait until you finish a bonus screen — the sound is amazing! Like a majority of Jeff's games it won't appeal to most, but if you like shoot-'em-ups then you just can't afford to miss this tasty slice of action — it does for your Commodore what glucose does for the tongue. 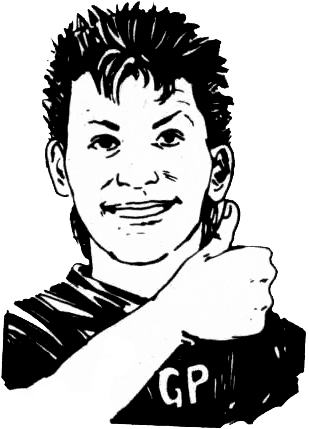 Once again Jeff has come up with an original approach to the ageing shoot em up format. And once again I am very impressed. Iridis Alpha looks like a nightmare, but plays like a dream. The graphics are neat — the nasties are varied and colourful, and very well defined — and the sound effects are powerful and suit the game well. A must for all shoot-'em-up fanatics. 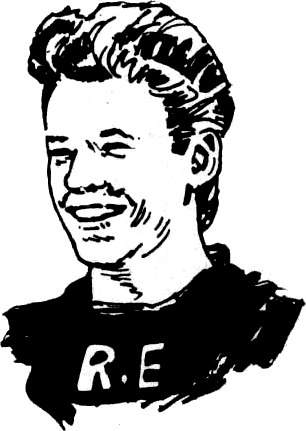 Iridis Alpha is at first appearance a fast action, mindless killing Defender type game. But on further investigation it becomes apparent that a great deal of quick thinking and strategy are required. It's fast, it's challenging, it's mindblowing — it's also ruddy difficult. In fact, Iridis Alpha is an excellent game. But for the likes of me, and my fellow sluggish types, it really is OTT on the action front. If you're an addict of Defender I would have no hesitation in recommending it, but steer clear if you're more suited to a quiet afternoon with Spindizzy. How about something for us peaceful types, Jeff?

Initially tricky to get into due to the concepts within the game...

But once you get the hang of them only skill and reflexes can take you further.

For what it offers you can't quibble over the price.

Another stunning and innovative Minter release which earns itself the position of the best shoot-'em-up on the 64 to date.